A few days after my first successful half-mary at EcoDash, my mind has been boggled on how to schedule my races for next month. The month of October is of particular interest to the newly "baptized" half-marathoner-me. Just look at the line-up of 21k races up for October:

Impressive, right? It just shows how running/racing has been a boom lately that even our driver has picked it up. He ran with me last Friday on a 5k practice run around the neighborhood that turned into a 5k all-out sprint at 6mins/km: 30mins, 42secs. I was at lead but I can hear him breathing down my neck at a suprisingly fast pace. Wow, that nearly beat my 5k 30:21 PR! I laughed when my driver told me as we walked back to the house, "Siiiir, parang nakakalasing yung takbo na yun ah!"

I'm giving him a "sniff" of my new drug (racing, what else?) by registering him in Oct 3rd's Run For Child 5k (my treat). I'm egging him on to maybe land a podium place but I doubt it. I can only imagine his despair once he sees the elites sprinting past him at accelerating speeds. But still, joining a race is an awesome feeling which I hope he'll appreciate.

So aside from that planned 5k race, which one should I join for 21k? MP, my officemate, is undecided as well and will just follow my lead.

From the above list of 21k races, I was able to trim them down to 3.

SIM had to go since (1) it was sponsored by Smart (my company's competitor), and (2) going to Subic will require a lot of logistics especially for the missus who has to prepare the stuff of my 2 boys (syempre dapat kasama sila dun kase parang vacation na rin yun).

Celebrity Run was next to get the axe coz it had the same date as MILO.

M-I-L-O. That 4-letter word is every runner/racer's dream of participating in. Maybe if the missus, who loves watching TheBuzz and SNN, would join a race, then I'd be with her at the Celebrity Run. But I'd rather watch Entourage versus Tayong Dalawa (grabe si Ramon grabe! ahehehe).

I'm limiting myself to joining two 21k races only so that there's enough time for my body to recover. So, it's a toss-up between MILO, QCIM, and Adidas KOTR. 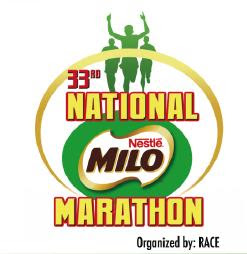 Before, I wouldn't have thought of joining MILO next month since I thought that even the 21k had an elimination round last July in Manila. Sa 42k lang pala yung eliminations. So pwede pa pala ako sumali sa MILO Finals 21k? Hmmmm.... 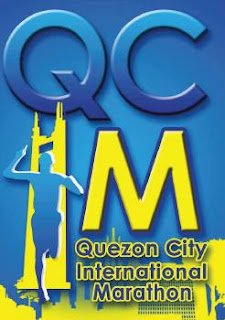 This'll be the first International Marathon organized by the QC Government. My reasons for downloading a 21k training plan months ago was due to this race. Especially the fact that there'll be finisher's medals for 21k finishers. Apart from my goal of losing weight and reaching my maximum potential in running/racing, THIS was another reason why I wanted to join a 21k race. I've been following Jazzrunner's blog whenever his posts relate to QCIM since I wanted to see how the organizing committee is moving along. To our satisfaction, I think this race will be a success.

My participation of this race will depend solely on whether I choose MILO or QCIM. Of course, I need not say more of the kinasasabikang Adidas yellow singlet.

So, will it be QCIM or MILO? MILO or QCIM?

Yeah yeah you "halimaws" there will tell me to join all three. I'm 35 man. I don't think my body will handle 3 consecutive 21k races.

For now, the odds are in favor of me joining MILO over QCIM. If that happens, I'll be running FOUR 21k races (yes, four!) in 8 weeks:

I can only imagine my driver's reaction if I tell him of my plans:

Well, that's what I get from getting addicted to running.