For improvement, just one: the Run2 course exceeded by 300m due to the final stretch of the run covered the entrance to Sandbox where the finish area was. Unfortunately had to run against cars on trail road.

I started off well, covering the 6km Run1 course in a little over 36mins which was good for average pace.

After putting on my helmet in T1, I headed off for the bike course with my cleats already clipped on the bike as I hoped for a jump on the bike and just strap my cleats as I rode. Unfortunately, I wasn’t able to practice this (ever!) so I messed it up and had to go by the side of the rode to secure my left cleat before heading to the Porac SCTEX toll booth. 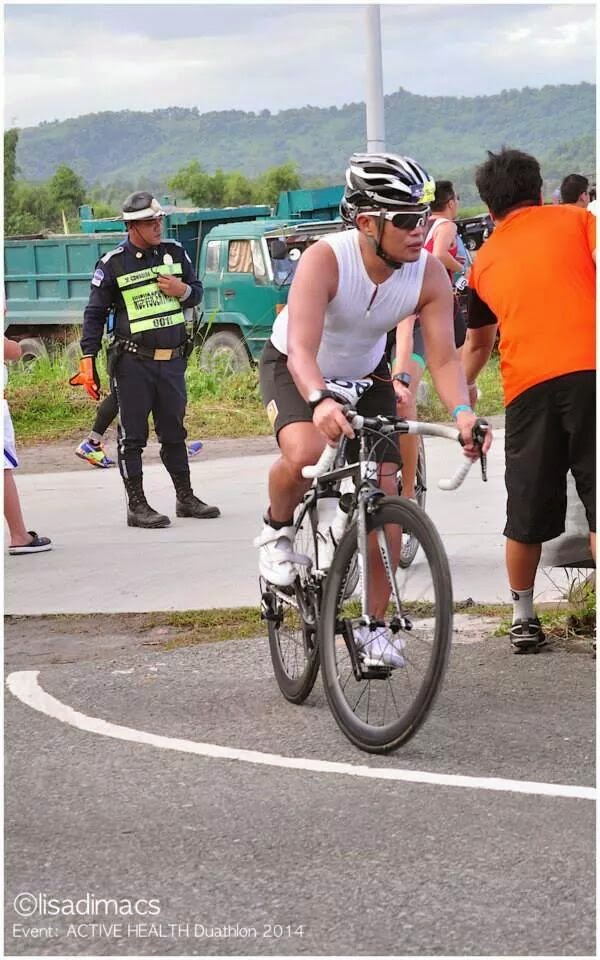 The first 40-45km of the bike course went well for me as I was zooming my way along SCTEX. By the last “makunat” climb which was the way back to Porac, I saw myself struggling to keep pace. Speed was only at a miserable 11-12kmh. Everyone was overtaking me. Arrrgghh. I am suspecting that it was because I didn’t follow my nutrition strategy (gel every 30mins) so I basically BONKED at that time. Another possible reason is that upon checking my bike after the race, I saw that one of the front brake pads was hugging the wheel which may have caused my pace to slow down at that last climb. Or, I (still) lacked the training to take on steep climbs on the bike. 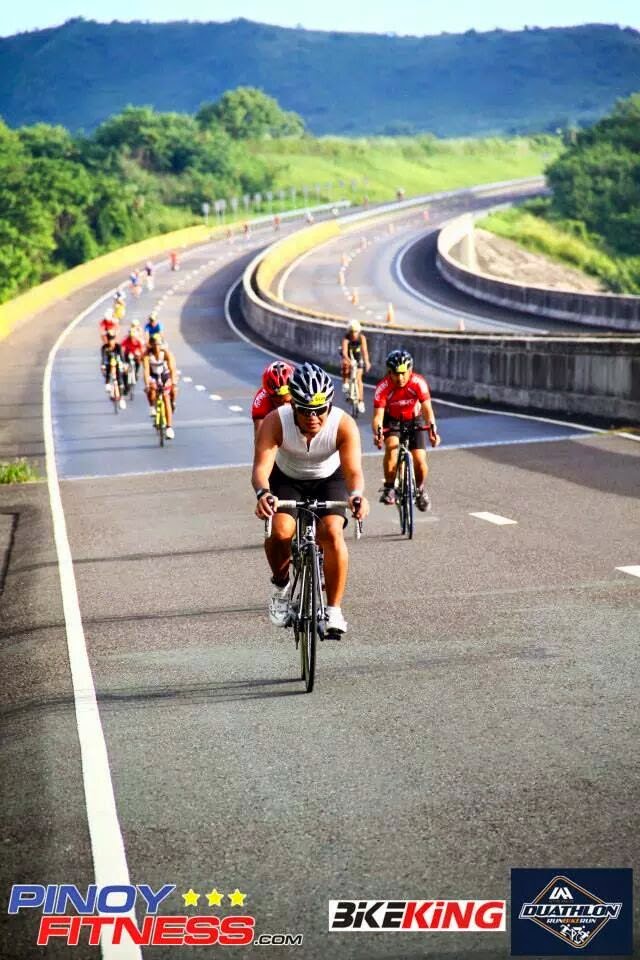 My bonked state continued until Run2 (4km) as I was run-walking, which I assumed was because I used up all my energy on the bike. I felt really disappointed at myself then as I had to stop to walk since my thighs were all gassed out from running. Run2 felt like forever as I searched for the finish area. Finishing at 3:30-3:40 target time may be out for me, I thought.

At the last turn, I felt reenergized as I saw the race clock on the finish area. It read 3:29 and change as I ran towards the finish line. Wow. 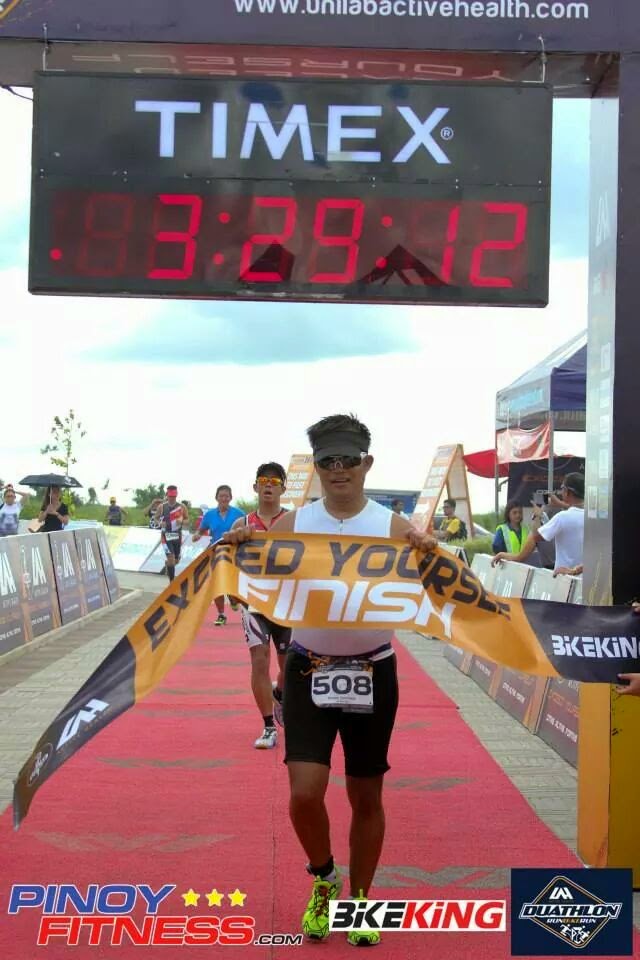 I was lucky to escape this one. Definitely with a lot of lessons learned.

Hopefully I get myself to prepare better in time for my other A-race, this time in Subic. 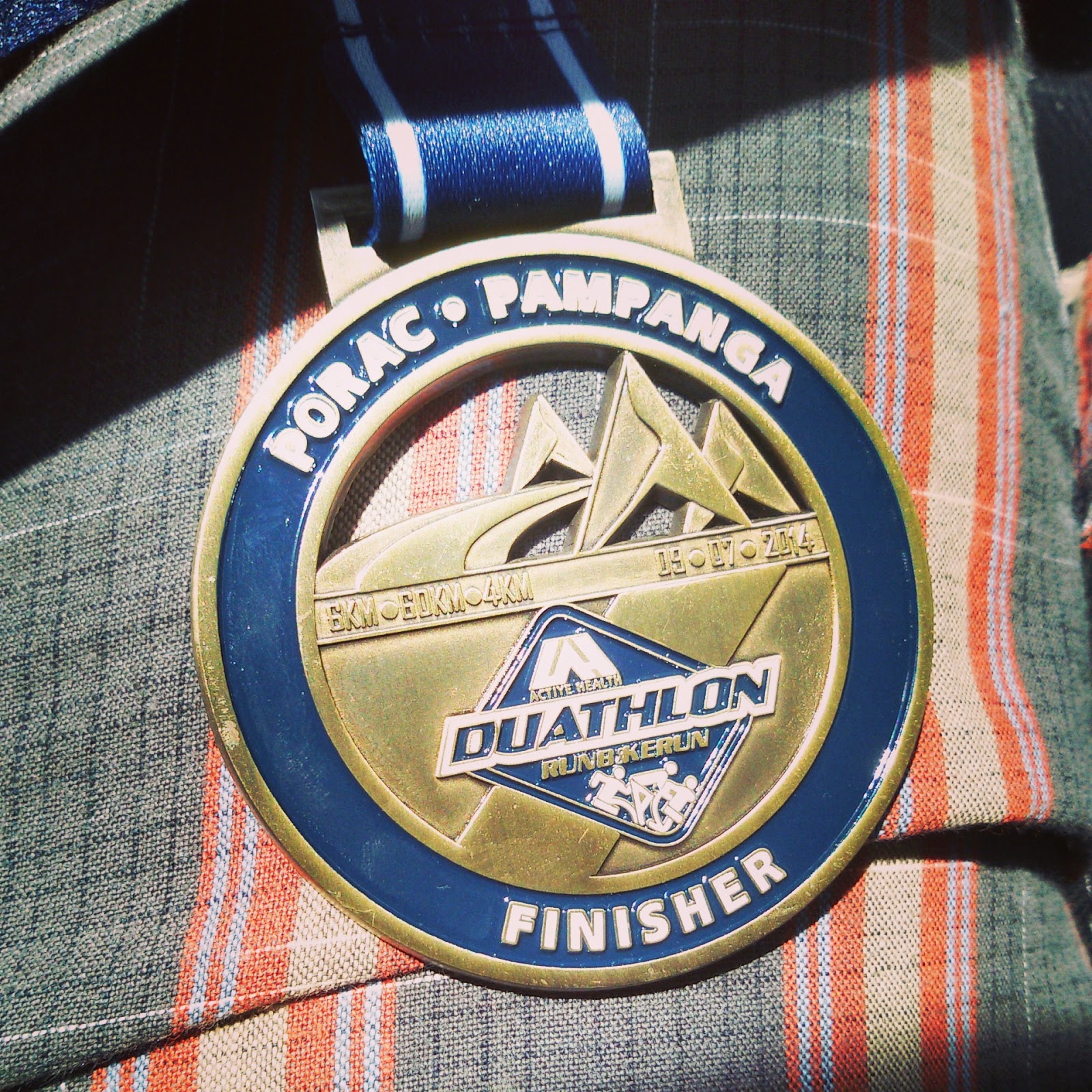 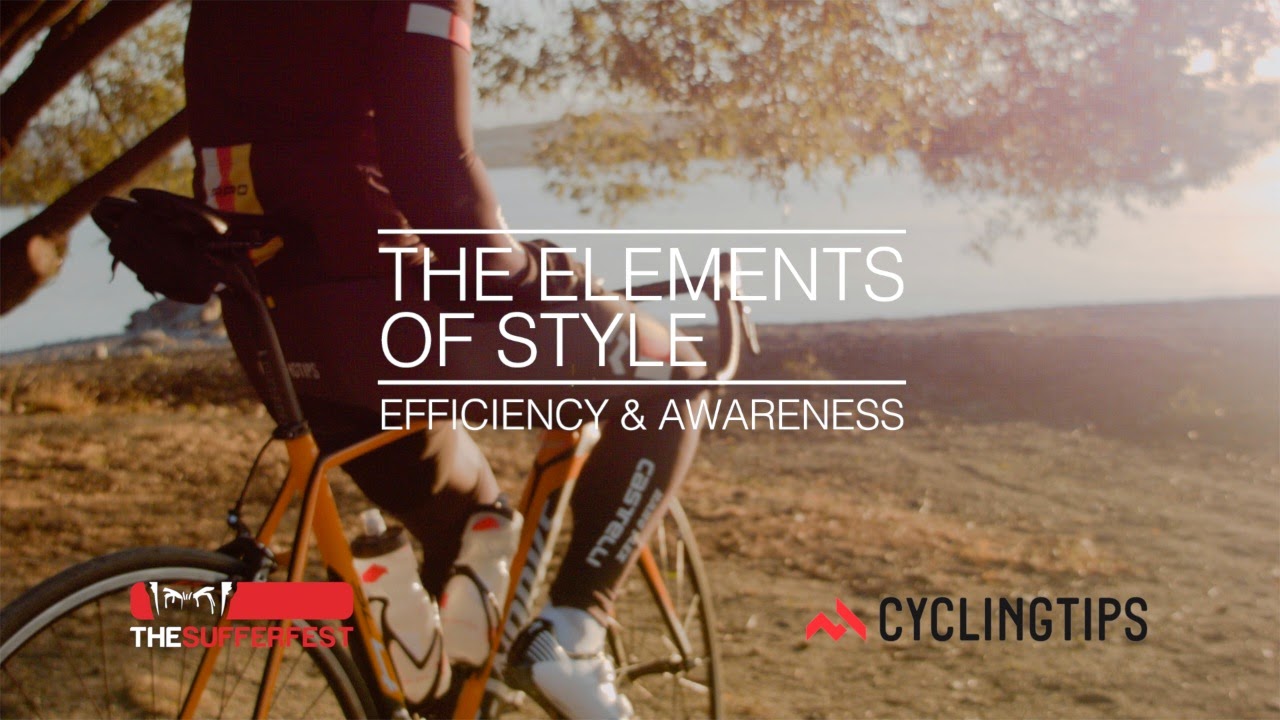 As a (wannabe) cyclist for almost 2 years now, I have managed to ride my road bike the way I've been used to as a kid: no care of technique nor form. As long as I can balance riding on two wheels then I thought that I can wing it. It is a good approach if you want to get the hang of things but, if you want to compete, that won't be enough. If your form breaks down due to fatigue then pace/performance is directly affected ---similar to running.

After a Star Wars like credit intro, the video flashes the above quote, which sets the mood for this 38 or so minute cycling video from the guys at The Sufferfest in collaboration with Cycling Tips.

Being used to the tough workouts of The Sufferfest, their newest video is totally different from the others that they've had so far. The video aims to teach you proper form in cycling which goes through a "9-point systems check," pedal stroke drills, cadence drills, and, last but not least, climbing form (sadly not the form that Alberto Contador is known for, but I forgive them for that, hehe).

The nice thing about this video is that the instructions are given verbally and not in the usual teasing/taunting phrases that flashes on the screen during the tough videos. I think this helps you to better concentrate on that part of your body that needs to be focused on instead of looking at the screen. The good music, as usual, conforms too for the objective of the workout.


After the workout, I got a modest calorie burn (about 50% of the usual hour-long cycling videos) but, more importantly, a better understanding and awareness of what good cycling form should be. As this optimal form cannot be achieved in one sitting (or standing, if you're climbing that is), it is recommended that the Elements Of Style be in one's agenda at least once a week.

Elements Of Style is available at The Sufferfest website starting today, September 9th.


Other video details as below:

So I'm less than 12 hours from gun time before the Unilab Active Health Duathlon starts at Porac, Pampanga. The 6-60-4k race will be a tough one, especially with the elevation on the bike leg that's displayed in the event website. 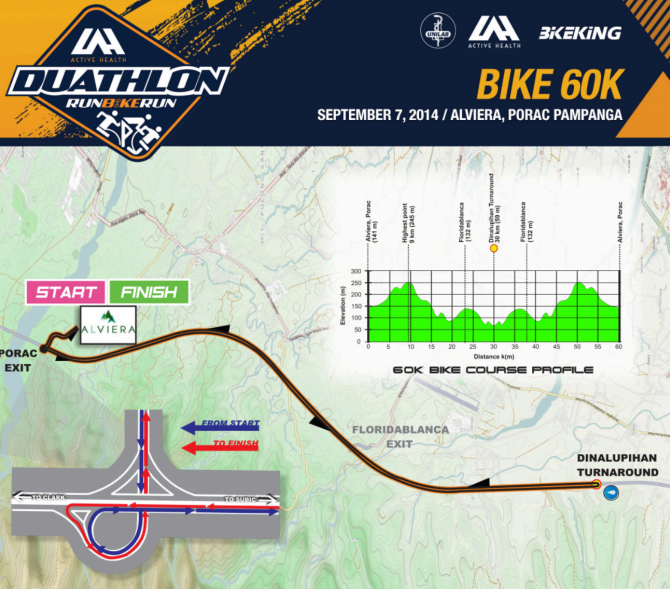 In terms of my TrainingPeaks CTL and TSB stats, it looks good if I compare it to my last duathlon (May, was it?) so the "taper" that I did this week should help. My TSB should be somewhere between 10-13 by tomorrow morning ---a good sign.

Further, that 6-50-4 simulation I did in Camp Aguinaldo last Sunday was a big moral booster so I'm not worried on the distance. Add to that my regular Sufferfest sessions and runs.