That was what EG told PT (my college buddies) a couple of years back when PT's wife had their 3rd child. The context of being called a machine would attribute to PT's sexual vigor, obviously, to everyone in the yahoogroup's laughter online. I guess you'd have to call my lolo on both sides as "makina" as well since they were blessed with 12 children. Yes, 12 on my mom's side and 12 on my dad's side.

There are also noted sportsmen who have the same "The Machine" monicker: 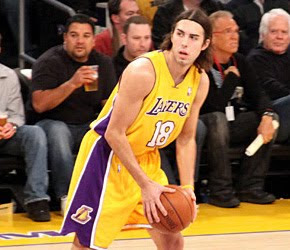 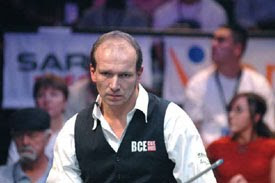 Fast-forward to last Friday's free lunch from one of our vendors. Dom, owner of said company, used to be a member of the UP track team wherein he recalled the two sub-4hr marathons that he joined back then. He's not as athletic as before but he still remembers how he'd run. In his own words, "Ang natatandaan ko eh paglagpas ng km13 eh parang MAKINA ka na nun." From that point to km 42.195, everything was just automatic ---less the mental interruptions that, if one entertains, would be the cause of one's folly or, DNF.

As the Celebrity Run 21k event sped off yesterday morning, that became my mantra for the whole race. The 2:26 21k PR had been sitting at its throne for too long now, I thought. It's time to have it replaced with a new/better one.

The plan was to employ a 1-4 strategy: 1km 7mpk recovery, 4kms 6-6:45mpk run repeats throughout. Said plan was successful during my last race (a 10k) wherein I coasted to a 1:05 finish. For nutrition, I had the usual handies: a Milo wafer bar and a sachet of Hammer Gel. Btw, as this might prove helpful, I ate 5 slices of Tutta Carne pizza and a helping of spinach pasta Saturday night at Amici as I crammed for carbo. Yup, I was Popeye.

As I descended the Buendia flyover going to Ayala, I noticed something was wrong distance-wise when my Garmin registered 3.5kms verus the 3-km marker. Hmmm, probably the buildings I thought.

Towards km4 I sensed a trio steadily moving in front of me. I didn't recognize the other guy (sorry) but the other two were unmistakeably takbo.ph bloggers RunningDiva and KenkoyRunner. Since I felt that my Garmin might be going bonkers because of the buildings and the cloudy sky, and that this trio of runners were moving at a less than 7mpk pace, I decided to pace behind them. I would lose them during my 1km recoveries, but was able to catch up at the water station whenever they would stop to drink. As long as I have those red high socks in sight, I'm ok I thought. There was about a 200m gap between them and me. This was the case from Ayala to Buendia to 5th Avenue to Essensa and Lawton Avenue.

I don't know if it was the Hammer Gel that I took along Rizal Avenue going to Essensa, this helpful video, or the makina mantra but, as I turned left at Bayani Road, I felt everything was just right in place running-form/condition-wise. Since the beginning of Bayani Road was a descent, I found myself accelerating without any problems. The trio that I've been following had now split up in the order of unknown runner, KenkoyRunner, and RunningDiva. As I wanted to take every opportunity to speed up during the descent, I was able to catch up with RunningDiva at the Bayani turn-around point, KenkoyRunner mid-way into Bayani. I didn't really recognize the other unknown runner so I guessed he was still ahead of me.

I suddenly remembered RunningFatboy after the Bayani U-turn. As in my past 21k races, he would expectedly glide over me by km13, zooming into a strong finish. But there was no repeat this time since we were already at km15. I guessed that he was racking up mileage for the weekend so he was taking an easy pace on this one.

As I hopped back onto Lawton Avenue, it was time to meet Mckinley Hills.

a.k.a. Magneto
I didn't do hill-training like I wanted to after the NB 21k run so this was going to be another messy encounter. Descent going to the Mckinley Showroom was a breeze. As expected, the ascent back up Lawton was a killer. Takbo.ph's Jinoe was well-prepared, taking every ascent with ease as he passed me after the British Embassy.

My legs couldn't take anymore so, after passing by McDo, I walked for about 10secs. My average pace at that point was about 7:30mpk.

The last part of the race ---after Mckinley Hills from Lawton to BHS--- is a true test of how fast one can recover pace-wise. If Magneto had killed you, there was no way you're speeding to your intended sprint-pace at this leg. No strong finish.

Then, as all hope to recover started to fade, I recalled my mantra.

With everything I got, I stepped up the pace from Essensa all the way to The Fort. What was bothering me was the time. At 2kms to go and an obviously more than fast pace, why is my Garmin registering a 2:20 time? I knew I pressed the Start button on time when the race-host shouted GO. Something's really weird.

As I made a last ditch effort to sprint at the final turn to the finish line, I realized that I was too late. 100meters from the finish line, the timer ticked 2:30+. I failed. I decided to walk for a few seconds to catch my breath and pace myself up to run again until I reached the finish line.

What relieved me in the end after introducing myself to GBM, KenkoyRunner, and El Kyoshi, was that the surprise that they all mentioned that the race was a kilometer too long. 22k. Same as my Garmin.

I guess that's a reason to celebrate. Except for the 2:31:something that will be posted in the official results, my race-performance was all perfect. The nutrition, the 3-week training plan, and the mindset/mantra throughout the race was all perfect!

Well, that's it I guess for my rookie 2009 running/racing season. I'll be banning myself from heavy training for the next 2-3 weeks since I think it's time to rest my left knee. Probably runner's knee (mild pain when going down the stairs, it wears off when I run thanks to the patella brace). I might have 5k-walks and 2k-light jogs instead for maintenance.

See you at the Condura Run which, btw, I've already registered for the 21k event last Saturday morning at RUNNR.