So I've started with my training for marathon #4 using the program from FIRST. Last week was week #1 which went as below:


21km LONG RUN: A LESSON ON (THE LACK OF) NUTRITION STRATEGY

I was doing well from km1-12 (on target pace), in which I traced the FIC 10k route in BGC. Don't worry I didn't bandit this one since I started late (I was at the backend of the race group and I carried my own hydration). I took my lone pack of GU at km 8, while alternating Gatorade and water for my liquids.

By the start of the 2nd loop of the FIC race route, I was somehow "not there" mentally, probably because of the fatigue trying to maintain 7:04/km. Without other runners by my side to keep me preoccupied, I slowed down. I took short walk breaks at first, but after 400 meters from Market Market (going towards the call center areas with a church nearby), I just lost it. I sat down by the sidewalk and was already wondering of going back home. It took me about 10 minutes before I got myself up again, negotiating with myself that I just finish 16km instead. It was alternating walk-runs by then.

I started a feeling a little better (the road along the British school was a downhill which put off the pressure) from then on but as I turned right on 8th avenue, I felt zoned out again. I saw Dennis "Running Fatboy" coming up as I trudged down the road (we would bump into each other again along 5th avenue). As I came up to the crest (near the Lexus building), I just surrendered and sat by the roadside again.

Time to throw in the towel, I thought. It was soooo difficult to keep pace. I decided then and there to shorten my 21km plan to 16km and head back home...walking.

I think it was fate when I passed by Mercato and thought of buying Coke, which I've read in Macca's "I'm Here To Win" as a great source of energy during triathlon races. I bought a can of Pepsi Light (since I was still on diet mode, hehe) and a bottle of water.

I was able to consume about half of the can, with the remainder I placed into one of my hydration flasks (the cover was partially open to allow pressure to freely leave the container). About 2-4 minutes after that, I felt a sort of Zing! that I started to run.

Pace was still slow, but at least I wasn't walking. I then concluded that, since I only had one pack of GU and that my Gatorade supply ran out, my glycogen level might've been depleted as well. This caused me to slow down considerably after km12.

I was then able to pass by a 7-11 store and bought myself one of those medium-sized bananas. Felt a little better after eating that. Then, as I was making my way along Rizal Avenue, I remembered the Ministop just before the McDonalds there. I went in and got myself a P14.00 pack of Cream-O chocolate-flavored. I ate the contents and just about 2 minutes after that, I felt a whole a lot better.

By "a whole lot better" would mean being able to clock 7:04/km (and even sub that) to close the remaining 4km of my run!

I finished the run at Mckinley Hill (where my car was parked) with the final lap registering 6:55-ish/km. The run itself is forgettable since I didn't meet my target pace but the lessons I learned on how important a fueling strategy is for a full marathon was precious.

I never have such issues during 21km races but for the 3 full marathons that I ran, I was like a zombie into the last 10-20kms of the race. GU alone won't help and I doubt that the race organizers will start filling aid stations with Coke/Pepsi. I must be able to find other possible ways to find a nutrition strategy which I can practice in my long runs.

It could be salt capsules, or even carrying a pack of Cream-O (since that obviously worked for me). 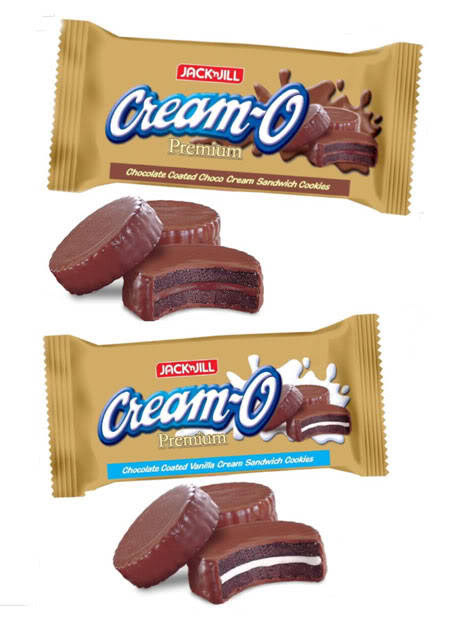 This week (week #2) calls for a 24km long run which I'll probably do this Saturday. I hope to be able to have the right fuel plan by then.