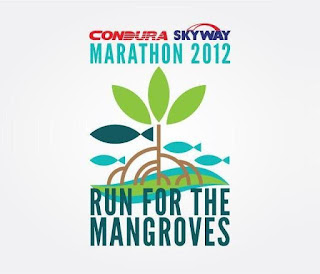 There was some noise over FB a weeks ago when the Condura Skyway Marathon Facebook page asked its followers on their preferred starting gun time. The two full marathons that I’ve ran had 4am (Milo Elims 2010) and 3am (Condura 2011) start times. Waking up early in the morning for races has been a familiar habit for me so I didn’t mind the extra 1-2 hours. Naturally, I opted for a 3am gun start as my FB response.

The FB page suddenly lit up with responses/comments when Condura made a suggestion to start the full-marathon event at 12 midnight. Most of the replies were ok with it but there were a few, including myself, which preferred the usual 3 or 4am gun start.

I’ve several (personal) reasons on why I prefer a 3 or 4am gun start.

First is the body adaptation. In order to simulate racing conditions, it is best to train at or near your race’s gun time. In that way, your mind and body is adjusted. But it is rare for me to be wide awake at midnight. My body knows that by midnight, I should already be asleep. It would be difficult to simulate race conditions especially for myself who needs to work during the daytime.

Second is safety ---during training. I know that the race organizers will be securing the safety of the runners on race day. But how about the training runs that we want simulated at midnight? Snatchers, knife-wielding “gents,” drunks, drug addicts, drunk drivers could be on the prowl by that time. It is difficult, especially for the ladies, to train at that odd time of the night.

I’m speaking as someone who was opened into the sport of running when I ran my first 5k ---in the 2009 Condura race. I have ran the Condura race yearly since then (a 21k for 2010 and then a full marathon earlier this year). It’s been on my personal race calendar year after year so I’m hoping to run another 42k(?) Condura race on 2012.

But starting it on midnight is not my cup of tea (or Gatorade/Powerade if you will). I may have to unfortunately skip it if that happens.
Posted by daytripper1021 at Thursday, November 03, 2011