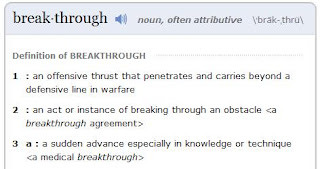 I had just made a breakthrough on, hopefully, improving my running gait.

About a quarter into my tempo run the other morning, I started to think about a chapter I recently read in RUN by Matt Fitzgerald where he talked about how elite runners' strides tend to be "beautiful" (or something like that). It made me recall how effortlessly it seemed for BaldRunner and the other guy below whom I see frequently in races (sorry Sir I only know you by face) to make sub-6:00/km race paces km after km. 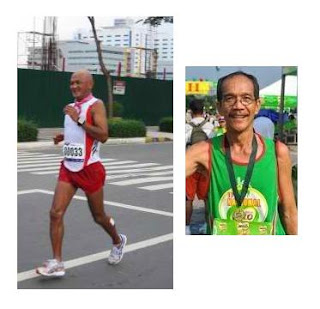 How do they do it? Seeing these guys run in races, I've come to realize that they have quick leg turnover (allow me to acronym it as QLT). It's the same technique that Danny Dreyer recommended (at least 90 steps a minute per foot(?)) in his book, Chi Running. I believe Baldrunner posted something similar on his blog sometime back as well.

this guy has high QLT
But even if I noticed it at the time, I still wouldn't try it on my runs since I found it a lot of effort to keep a constant QLT. I was comfortable already with the way I ran although race pace was still left wanting. Another downside of my running form was that I get very fatigued as the miles click by.

As those thoughts went through my head, I then said to myself, "What the hell, let's try this QLT stuff!" This could complement my current study on midfoot strike.

My "eureka!" moment in running had just happened.

Although it seemed that the paces are not constant due to adjusting to the hilly part of my training route, the obvious impression that QLT left on me was that it made my run effortless. The 8km run (1k w-up, 6k tempo, 1k cooldown) left me wanting to run for more. It was only unfortunate that I had to get myself ready for work that day. If it were a weekend, I believe I could've run another 5-8km effortlessly.

I'm hoping to burn QLT into my running gait from hereon. Although it was only 8km, that run had somehow made me believe that I can run more effortlessly if I learn to keep good running form in check.