This was my 1st 16k, 2nd BOTAK, and 2nd UP race. As mentioned in a previous post, this race fits smackingly nice into the end of week 5 of my 10-week half-marathon training schedule in preparation for the Sep27 21k NB Run.

I've actually registered for the BOTAK 10-miler since June after I read in takbo.ph that the original sked had to be moved to prioritize the 100k Ultra. I went to the BOTAK office in Kamuning and registered by none other than Ian Alacar, the race organizer. So from June to Aug23 was a long time coming for me to run this race.


The race route had to be changed from the original 1-loop along Commonwealth to a 3-loop route inside UP. After some thought I can say that I'm glad it was changed since I can only imagine the organizer's nightmare of managing a race on accident-prone Commonwealth. Baka may masagi pang mga runners ng mga rumaragasang mga bus eh.


Btw, this was my first race to try Sports Beans since tackling 10miles/16kms is a first for me. I was able to buy a pack for P65.00 at Athlete's Foot Galleria. Definitely the calories burned for the first 10k will equal to hunger for me as based on my previous 13km practice run the previous Sunday. I took 1 bean at 5:30am and placed 2 beans on my armband for use during the race.

First to be released were the 10-mile runners. The starting gun went off at exactly 6am and we were off. My target time for this race is 1:51 (as estimated by the McMillan race calculator) so I was aiming to average just below 7mins/km.

My Nokia N85 where my GPS tracker was installed conked out on the 1st 3mins of the race (or maybe I accidentally pressed "Stop" when I checked my pace at the time) so I had no choice but to restart its monitoring. Good thing I was wearing a stopwatch so the time recorded was still accurate. Below was my pace/km (the last km is in error since I manually added the missing 300-400m and 3mins that I lost from the GPS tracker error): 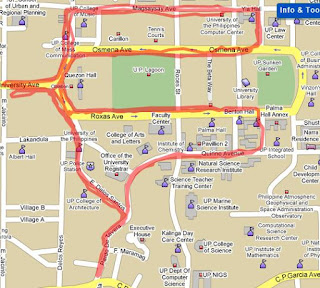 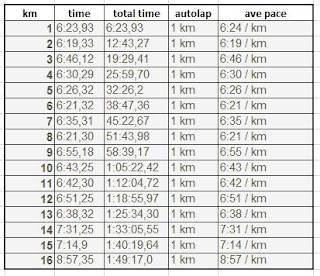 I don't know how it happened but as I was approaching 8kms I was feeling for the 2 Sports Beans in my armband but couldn't find 'em. They must've fallen off. ARRGGHHHH!

Yup, I started slowing down by the 9th km although I was still fast since at the end of 10k I timed at 1:05 which could've been a new PR for me if this were a 10k race.

On the 12th kilometer a tiny voice whispered to me that I look again on my armband. Lo and behold! There was 1 of the 2 Sports Beans at the deep corner! GOTCHA!

By the 12-14th kilometers, I was fighting the urge to walk. I may have reached what many runners fear the most: the WALL. I remember what I read on the takbo.ph blogs: just fight it and continue running. And so I continued to run until I went passed it. The WALL has been conquered. A battle won, but I'm sure the WALL will be waiting for me on my next long distance races.

Less the added 3mins, the original average pace marked on my tracker for the 16th and last kilometer is 5:57/km which is good for a final push on my standards.

I clocked-in at the finish line at 1hr 49mins ---not bad considering I've beaten the race calculator by a good 2 mins. Average pace was 6:49/km which would be good if I based it on Milo 21k cutoff standards. Hmmm, makasali na nga sa Milo 21k Elims next year, hehe.

Racing in UP is, for lack of a better word, relaxing. Running under the trees and a with the Sunday running/walking crowd at the oval gave me the added confidence that I CAN finish 10 miles.


Water stations were adequate. I even counted about 2 Gatorade stops. Race marshals were adequate and very helpful to guide the runners along the route as well. The distance was well considered by the organizer since my GPS recorded 15.76kms plus the 300-400m I lost in the GPS error I can fairly say that the whole route was really 10-miles/16kms.

The tarpaulin racebib is good as well. I think this was used by the 100k Ultra-runners too since it will last the whole 100k distance. The lead runners were being escorted by a biker armed with a whistle blowing away to tell slower runners to give way. This was a good initiative by the organizer since some roads of the race were too narrow for a safety car to be used. The loop-markers given were not the standard lubid-loops but a nice thin plastic wristband. The first 2 loops were red while the final loop was green. 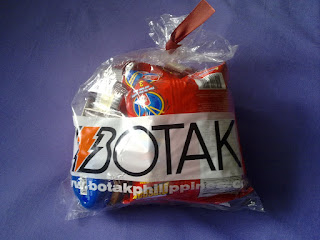 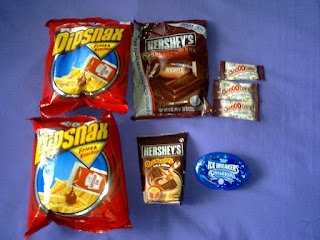 My only concern though was that no one handed out the race certificate to me when I reached the finish line. Hmmm, pwede kaya i-snail mail na lang sakin yun sir Ian?

Btw, I was able to see the Runnex Running Clinic members running about during the race. I was able to see Doc Ed(?) and that newbie gray-haired guy from the Gingerbreadman blog who ran an LSD in Eastwood sometime back. Grabe, nagpeprepare na kayo sa 21/42k ha?! Idol!!! :)


Next on my race calendar is the big one: The New Balance Power run Half-Marathon!
Posted by daytripper1021 at Tuesday, August 25, 2009