I went into this race not in tip top shape (training wise although mentally I was prepared, hehe) so I just went right into the unknown as I had low mileage for run and bike for the past weeks. 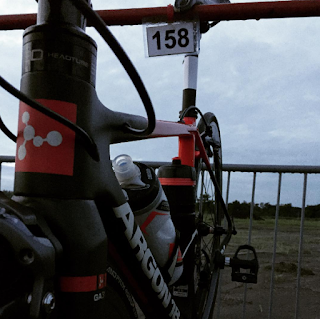 Surprisingly, Run1 went pretty well (6:40/km average for 11k) although in retrospect I may have pushed a little too hard for my own good.

The bike leg, well, was a mix of masarap and mahirap. Masarap because I enjoyed the high speed I attained in the descents and flats. Mahirap coz of the 2 long (but low elevation) climbs which you had to do twice due to the 2-loop course. I finished it in 1:29 for 40k but I could've done better had I logged the miles prior.

Run2 was where the title of this post is so apt. Km1 went ok but I slooooowed down by km2-5 as the heat avenged itself after days of rain. Everytime you wanted to walk, it was like a big magnifying glass was aimed at your back so much so that you had no choice but to jog ---in pain. I was very tired by this time that it was really a battle of wills if I were to walk the rest of it or jog.

What I like about duathlon is that you see who did well, pace-wise, by Run2. If you gave too much in Run1 and on the Bike, you will surely pay for it on Run2 as what I experienced immensely. 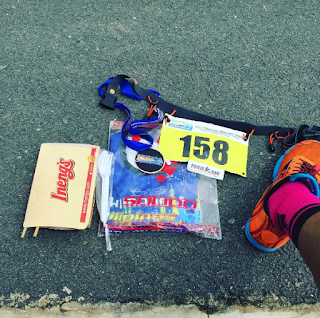 By the last turn to the finish I was so glad to see the finish arc and get that medal. Finished the race in 3:28 which is far from my 3:02 PR.

Still need to work on my pacing strategy, but I'm very glad overall to have finished a standard distance duathlon after a long while (my last one being in 2013).

But still, it'll be fun!