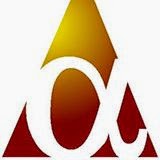 For the past 6 months I’ve benefited greatly from Coach Andy Leuterio, head of Alpha Training Systems, which specializes in triathlon coaching but was kind enough to put me under his wing for duathlon specific training. As mentioned in my past posts, I got a coach months after my miserable 2013 National Dua Championships performance. 6 months later after signing up, I’m glad I did.

The Alpha way of training is not for the weak, as the 6-day workout a week will surely put any normal age-grouper (such as myself) into a whole new level of looking at training. The scientific approach, using Andy’s vast coaching experience combined with TheSufferfest.com and TrainingPeaks.com (TP),  helped me get a visual on how I am improving (or not) in terms of the output from the workouts that Andy provides regularly.

The use of training cycles (micro, macro, and mesocycles) are well considered in the Alpha Training Systems coaching method. Thus, like the only way to mold steel into a sword is by fire, Andy’s coaching technique will require subjecting the athlete into medium to high volume and intense workouts, including some surprises that you will only find out once you enroll. ;-) This level of intensity and volume FURTHER INCREASES if he sees the athlete’s TP performance not improving from his current level of fitness. Yup, you're not allowed to sit on your laurels for long.

The result? I’m running 10k on weekdays like it was nobody’s business. I’ve ridden 100km thrice. 400 situps (even if my tummy doesn’t show it) is done with ease. I feel more fit than ever, even though my race times don’t show it (yet). Progress is slowly but surely getting better.

Sadly, after 6 months, I’ve decided to part ways (for the meantime?) with Coach Andy. Reason being is that life gets in the way of training most of the time that I can’t seem to get the full benefit of the 6-day a week workout. Workouts had to be cut short at times, since family and work needs to be prioritized. Family time has taken a backseat, specifically on Saturdays when I need to ride long. Waking up very early in the morning is not possible for me at this point, as I often sleep late and I need all the sleep I can get to get me by the next day, especially at work.

So, starting August I’m back to self-coaching but this time armed with the right tools from my short experience under Coach Andy. My A and B races are coming up soon (I’ve already signed up for my B-race, the SCTEX Duathlon for September 7th), so I hope to put into practice what I’ve learned from now until then, with careful consideration to balance it with my family and work priorities.

Do I recommend the Alpha Training Systems? A resounding “YES!” as it helped me a lot. It pushed me further from where I was 6 months ago. If there was a chance for my Jan2014 self to race against my July2014 version, the former will lose….immensely. Be prepared to suck it up, for the phrase “I cannot do this workout” is not in Coach Andy’s dictionary. I guarantee that you'll benefit from it greatly.