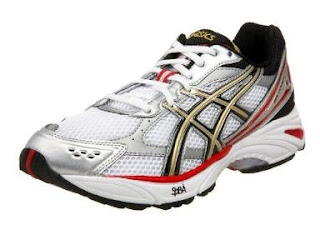 Bought for P4,200.00 (sale price) at Planet Sports Rockwell, I've been running with a pair of these for several weeks now, probably logged about 80-90kms already. This included 18, 16, and 21km weekend long runs and a 10km race in Botak Baguio.

I decided to buy the Foundation8 since (1) the PlanetSports/NB shops ran out of 769s (except for the Festival Mall branch which was too far from my office), and (2) I wanted more stability since, based on my gait analysis at RUNNR months back, I was a severe overpronator.

The shoes are quite heavy especially at the heel. I noticed that my pace was slower whenever I wore them which was actually to my favor because it controls me from going faster especially on my long weekend runs which is often advised to be done at easy pace. Slower pace, less injuries. Still, slower pace. I just compensate for speed whenever I do my tempo and interval training days with my other shoe, the Adidas Response Stability.
The ride at forefoot/midfoot strike somehow feels less-cushioned. To be more specific, I could describe it as more "earthy" versus my Adidas Response.
Until now I feel that I'm still at break-in stage with this pair since I still feel some discomfort at the beginning of my runs, particularly at the right shoe inside-heel lining area. It feels like it's hugging around my ankles too tight. There is a similar feeling at the shoe-lace area of the right shoe as well. But the said feeling subsides by the time I reach km5 onwards. It's just pretty bothersome at the beginning. But why is it taking so long for me to break it in? Hmmm. 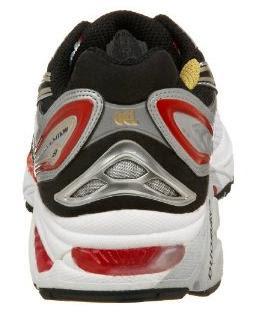 Stability-wise, it's damn stable so much so that I don't get that achy feeling on my left knee even with the 21km long run I did last Saturday. I think this shoe is in the category of motion-control already since it has somehow helped reduce my overpronation unlike my Adidas that doesn't really secure my overpronated gait on left-foot heel-strike. 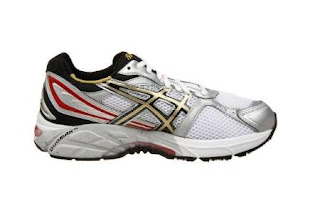 To summarize, the Asics Gel Foundation 8 provides a very stable ride especially for severe overpronators such as myself. The downside is that the heel part is rather heavy on the ride that somehow restricts the pace. Further, it takes a while (and it still is) to break it in. This shoe will work pretty well for easy short and long runs. Not recommended as a race shoe but it sure can provide the needed stability to get you to finish a half or full marathon ---if finish-time is not important.