Mileage-wise, my weekly totals have been on-target. I've been increasing it 10% every week, with a cut-back week after 2 or 3 weeks. 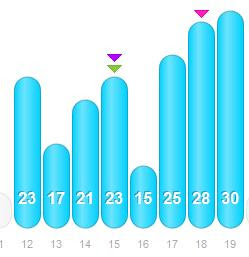 The injuries have been non-supportive. The right foot pain that started last March which I initially blamed on the Bikilas were found to be actually caused by the faded support/cushion of the Adios. I've retired the Adios (which was used btw by Mutai to achieve a Boston/World best of 2:03:02) to casual trips to the mall or church. Since then, my right foot has been healing, albeit slowly.

My left foot has now joined in the fray. My big toe is having trouble dorsiflexing, especially after immediately waking up in the morning. It may have gotten injured during my 2nd test run (18km) of the Brooks Green Silence the other week. I'm not sure if shoe size is an issue since the US9.0 was recommended by runningwarehouse.com when I compared the shoe with my Adizero Adios (also a size 9.0). My toes could still wiggle a little in the toebox so I don't think that's the issue. My theory is that the Green Silence is not kind to forefoot-striking, which I've gotten used to with the Bikilas. Looks like I need to switch to midfoot whenever I wear the Brooks.

My left knee has started to become painful again, especially after long runs. I probably need to do more strength training for my knees, or study my gait again since the pain is usually obvious when I wear the Green Silence (heel-striking perhaps?).

Or is it because I gained weight?

With all the heavy merienda (office birthday celebrations and invites to PM snacks because of the accessibility of the mall from the office), unusual snacking, and bottomless iced tea, I was not surprised that our weighing scale said that I have gained 5 lbs as of this morning. The increasing weekly mileage is obviously not helping since energy in > energy out. I might have to resort to oatmeal dinners again (bleck!).

With the injuries and weight-gain going on, I'm still happy that I have my runs. This weekend I'm running 21km c/o the Goldilocks Fun Run. With my current condition, a PR is definitely out of the question. Finishing it below 2:30 is a more hopeful target. I'm contemplating btw if I would wear my Bikilas for the race. Hmmmm.....

Increasing the mileage and eating less would be the instructions to be followed starting next week.

So, Milo Marathon Manila Elims on July 31. Anyone joining that one?