I was in the middle of my scheduled 6km morning run yesterday when I remembered those posts/articles I read about midfoot strike running being the most proper, efficient way to run. So, at kilometer 3, I purposely tried it: striking the ground purposely with the balls of my feet.

Ang hirap pala mag-adjust. All this time I've been running heel first ---which I've read is not the proper way. It's like almost tip-toeing ang pakiramdam but, well, not really. Hehe.

The second thing I noticed when I tried it is that, well, I don't know if you'll believe this, pero I felt that I was going faster. With a slight lean forward I felt that I was being pushed forward effortlessly.

There was noticeable improvement but not that much since I only insisted myself to do midfoot-strike on the latter half of that run.

Hmmm, I think I'll start adapting to this type of foot-strike from hereon. Less than 4 weeks left before my debut 21k at the NB run, hopefully I'll be fully adjusted and ready for the distance by then.

The problem is, I've been staring at this pic the whole day. 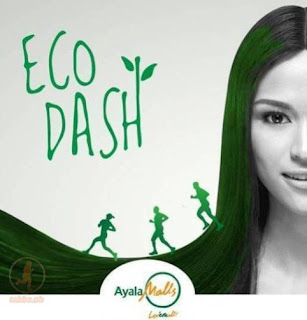