Good:
1. Good race route that is Subic. I heard people were complaining of the hilly route not meant for GFs but I think if you trained well for it, it won"t be that bad.

For improvement:
1. Not enough water stations on the return route. No bananas or Gatorade especially for those dying with cramps.

2. Bike jersey of poor quality. I guess that's what u get for 850 bucks. Still wore it though during the race. Hehe.

3. Medals for the finishers still WITHIN cutoff had to claim their medals from the booth. It would've been nice if all that climbing was rewarded with the medal being hung around your neck just after the finish arc.

I really didn't "race" this one as I had to accompany my high school batchmates throughout the route who were all but 2 of us riding with MTBs. Thus it was more of a fun ride, if you will, for me and my mates as we encouraged each other to finish the 60km leg.

The route was not my usual whenever I stay in Subic with the family (my route is from the Lighthouse to OceanAdventure which is probably about 30k+). The elevation didn't disappoint as there were monstrous climbs (around 3 apart from the usual 1 that I ride) that tested how far I've gone in terms of getting stronger on the bike. Good thing for my Trainerroad sessions, I was able to pass those climbs with flying colors. Note that we had to stop once in a while for our mates lagging behind which made me recover just before heading to the next climb.

Forgive me, but I had to applaud myself from not suffering from cramps, nor walked the hills, nor withered due to lack of nutrition throughout the race. It just shows that if one trains consistently (and correctly!), you will reap the rewards on race day. I had to stay though with my MTB friends since, as a unsworn pact of brotherhood, we mustn't leave a man behind. Again, no biggie as I treated this race as a friendly group ride.

Finished the race around 5.5hrs which was well within the 6hr cutoff. Glad to report as well that all 4 of us batchmates finished.

Maybe, when I get back to Subic for a non race weekend, I *may* try that 60k route again. Hehehe... 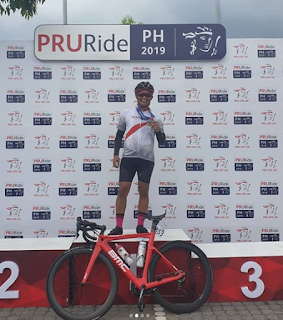 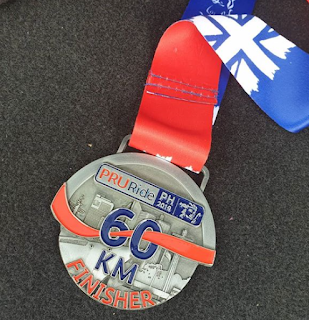